Recently many parts of the world have seen cryptocurrency regulations of different sorts. This is most probably a response to the skyrocketing values of cryptos, their wider circulation, and success of ICOs. Moreover, the perception of the authorities on the security, stability, and legality of the cryptos has also not been favorable. And cryptocurrency regulation in Italy are a prime example of ambiguity at the governmental level that is making crypto transactions difficult. 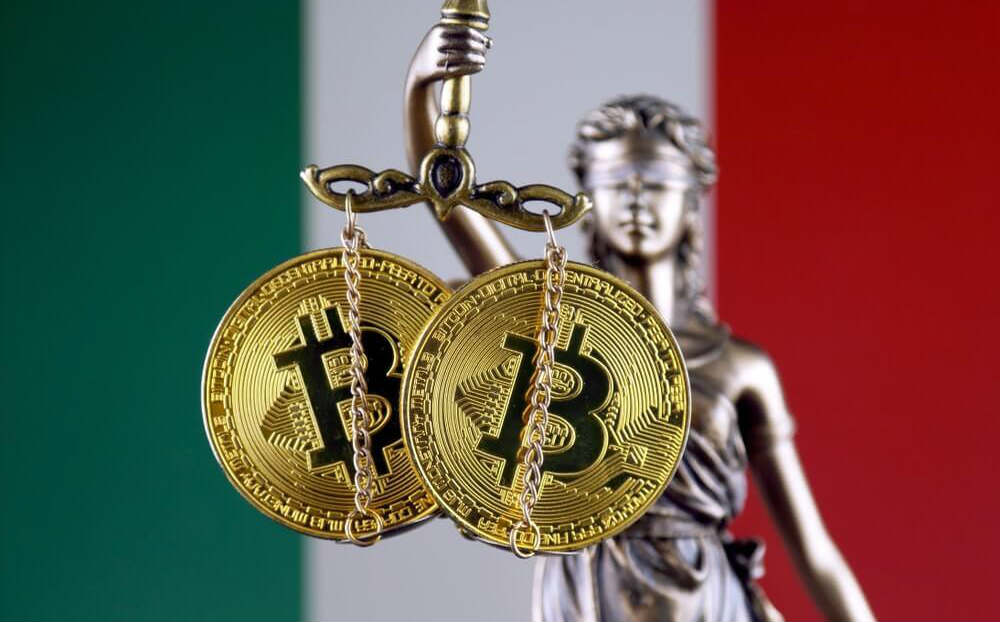 Need for governmental intervention in crypto

The fact that a highly valued financial instrument lay outside the jurisdiction of the government was enough cause for the crackdown. Also, when the perception that cryptos are related to criminal activities is factored in, the reason for these new ordinances become clear.

China imposed the first and the harshest set of cryptocurrency laws. Then countries, like Japan, the US, and Switzerland followed suit with relatively relaxed regulations. While a part of the crypto community is enthusiastic that these moves will give cryptos more legitimacy, some traditionalists remain skeptical.

More and more nations are joining the league of cryptocurrency friendly countries because of this change in perception and approach. Spearheading the race in the process of defining and taking a clear stance on cryptos is Europe. Although the European Union has not made specific regulations, it is still trying to portray a balanced attitude towards cryptocurrencies.

Meanwhile, experts are trying to come up with innovative solutions to help further the reach of cryptocurrencies. A Brussels based think tank emphasized that national regulations should be set up for the entire European Economic Area under a single regulator. Moreover, it also suggested the establishment of a common authority for oversight on ICOs.

The Italian cryptocurrency taxation system is to be first examined in this context. Italy so far had no specific regulations for cryptocurrencies. So, to protect the investors, the Italian authorities have set out to establish cryptocurrency regulation in the country. However, they have been vague in classificatory terms within the existing tax regime. The European Union‘s position in this respect provides a relevant parameter for judging the situation of cryptocurrencies in Italy.

A ministerial resolution of 2016 implemented a European Court of Justice decision that was laden with ambiguities. According to the decision, any transaction which involves the exchange of crypto assets against fiat would not be tax deductible. So no value-added tax (VAT) would be charged on them.

However, profit and losses on these transactions were to be levied a corporate tax under this resolution. Also, the transactions by Bitcoin holders for purposes other than commercial would not be producing taxable income. So to sum up, all crypto profits are taxable, but all crypto transactions are not taxable. This is because non-commercial gains do not count as profits.

Meanwhile, the definition of cryptocurrencies complicates matters even further. It is defined as, “digital representation of value not issued by a central bank or a public authority…” Now, we know foreign currency is fiat because fiat is any currency decreed by the government as legal tender. So how can foreign currency (that requires government legalization) be grouped with cryptocurrencies (that do not require it)?

The second aspect of the legislative decree will bring about a positive change however. It talks about the listing of the entities who accept and use cryptocurrencies for commercial and professional purposes. This is part of the government’s efforts to understand the crypto phenomenon better. Also, it is ultimately supposed to help the government identify and inquire into cases of money laundering or other illicit acts.

As mentioned so far, the status of cryptocurrencies as taxable assets is not clear in Italy. However, experts have indicated to situations and provisions under which it can be taxed.

Stefano Capaccioli, the founder of Coinlex, stated that the ambiguous cryptocurrency laws in Italy mislead many traders into believing that assets held in Bitcoin wallets were not taxable. They assumed that as the wallets were not foreign bank accounts, they did not fall under the purview of the legislation. They continued to hold their assets in the wallets because of the misunderstanding.

However, later the revenue department stepped in and classified Bitcoins as foreign currency thereby, making the earnings taxable. Currently, the rate of taxation for gains on foreign currency trading is 26%. Moreover, the difference between the exchange rate of the currency and their purchasing price determines the benefits. Thus, a wallet which has held assets worth more than $60,000 for more than seven days within the same year will be taxed.

Although this seems like a pretty straightforward tax regime, there still exists much confusion. The best way to put an end to such uncertainties is to establish a norm which is specific to cryptos. In this way, both the government and the taxpayers can stay out of legal contestations, and it can create more stability.

The Future of Cryptocurrency Regulation in Italy

Last December a crypto firm known as Avacrypto was banned. This was part of a series of crackdowns by Italian authorities aimed at controlling illegal crypto entities. This and other instances seem to indicate the hard stance that is being taken by the authorities against cryptos. The harsh outlook of the government also extends to the fintech sector.

However, the Italian Senate Committee on corporate affairs has passed a legislature which can bring in a positive change. It aims to create a framework for the regulation of all financial and IT firms which are involved in financial transactions via electronic means.

Also, it will clarify the meaning of terms like smart contract and distributed ledger to name a few within the Italian law. This, therefore, can prove to be a beginning of a less arbitrary bureaucratic control over cryptos in Italy.

Decentralized blockchain banking – bringing the future of fintech to the masses

Unbank is the world’s first platform that seeks to bring decentralized banking on the blockchain in an effort to leverage the full potential of this technology. It is working closely with industry leaders and shapers of public perception to make people aware of the advantages of blockchain banking. This will not only help the common people, it will also lessen the burden on the financial system. Finally, by bringing more businesses and service providers under the Unbank ecosystem, it is on a mission to provide a wide range of transactions for the common people. This will go a long way in mass adoption of crypto, not only in Europe but in other regions of the world as well.

Cryptocurrency regulation in Italy is evolving dynamically, as it is in most countries of the world. This is a result of a better perspective of what this technology can do for the economy at large. And as the world looks forward to an alternative financial system to solve economic issues, Unbank is leading the way with its comprehensive platform that endeavors to change the financial landscape.