As time goes by and the digital currencies gain in importance and public attention, they are facing another problem. With financial watchdogs pressing for stringent control and more regulations, the crypto community finds itself at crossroads. There was a time when there were mere speculations about regulatory bodies overshadowing the crypto sphere. Now, the formation of new laws for regulating crypto transactions has become a thing of every day. As a result, the crypto world and more specifically exchanges are feeling the pressure of the changing times. 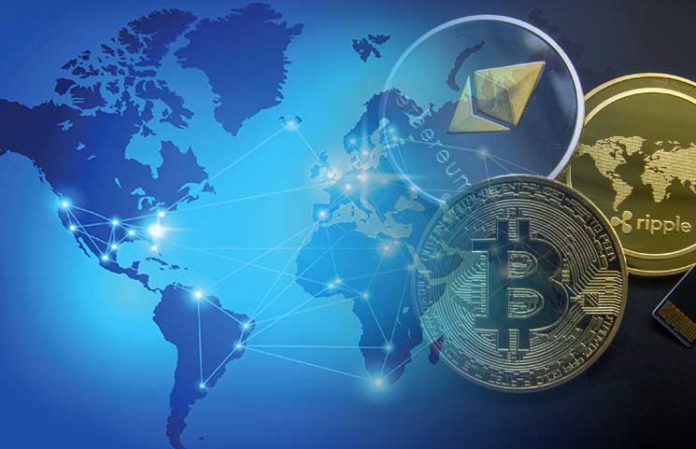 Regulations, Centralization and the Blockchain

With the escalation of cyber-crimes, the need to regulate the crypto world was felt sharply. However regulations, as most will agree, are a double-edged sword. Too little can create rampant unscrupulousness; too much will stifle innovation. They also defeat the very purpose of blockchain technology: decentralization. By controlling digital currencies, regulators are set on the path of centralizing them. In all of this, the core principles of blockchain technology lose their essence.

In an interview with Bloomberg’s business anchor Caroline Hyde, ShapeShift CEO Erik Voorhees expounded on regulations involving digital currencies. According to him, such control is ‘hurtful’ and could lead to the stifling of innovation. He further maintained that some kind of regulatory framework was essential for the prevention of scams. However, he also added that most of the crypto regulations have to do with ‘controlling the behavior of consenting adults.’

Looking at the bigger picture, a regulatory framework could help keep order and uniformity. However, overdoing it can lead to complications and create an environment incompatible for cryptocurrencies to thrive.

Time and again, cryptocurrencies have proven to be viable future assets. Although this pro comes with the con of their volatility and several underlying risk factors. Countries around the globe have started accepting and exploring the blockchain technology. However, they are yet to realize the basic concept of crypto. Some states, including the USA, have a very ambiguous or a non-existent set of regulatory strategies for cryptocurrencies. Others, like China, have the most stringent restricting laws. These rigid laws curb the growth of digital currencies and block further innovations. However, these few states do not represent the world’s perspective towards cryptocurrencies. As a beacon of hope, countries like Malta and Estonia have a crypto-friendly market which aids growth.

European countries, like France and Switzerland, have come up with relatively relaxed crypto regulations. Initially, however, the attitude of France was apprehensive. So much so that the country’s regulatory bodies blacklisted several crypto websites. Even after the introduction of new sets of regulations, the ban on advertising crypto-based financial products remain. Other European countries like Italy have the most bewildering set of regulations for cryptocurrencies.

On the other hand, the attitude of the United Kingdom towards digital currencies seems to be positive. A recent report by UK’s regulatory authorities has acknowledged that despite risk factors, crypto assets have their benefits. However, Britain’s stance on cryptocurrencies isn’t lucid either.

The United States, realizing the potential of crypto assets in accelerating economic growth has taken a more progressive approach. They are expected to reduce arbitrary charges against cryptocurrencies in the country. However, digital currencies continue to be seen as a security threat by the US government.

Countries like Japan have followed suit of the recent developments by relaxing crypto regulatory laws. However, the hostile attitude of big players like China remains in the picture. In fact, ICOs were declared illegal in the country in September 2017. Moreover, even ICOs based outside China did not escape the jurisdiction of this law. Crypto exchanges also bear the weight of similar harsh laws in the country and so does Bitcoin mining. Overall, it seems, the country is centralizing the technology to its own purposes.

India too has a similar attitude towards the crypto sphere. The country’s central bank, RBI, barred regulated financial institutions from interacting with firms dealing with cryptocurrencies, in 2017.

How wise is the adoption of such harsh regulations?

Crypto and blockchain are technologies capable of transforming the world. Be it banking, healthcare or education; there isn’t a sector left untouched by the revolution. In widely populated countries like China and India, such a technology can also help in building a transparent government. With so many benefits at its heart, harsh crypto regulations seem unwise for any country’s growth and development. Investor Tim Draper, in an interview with the Economic Times, also advocated the same. He maintained that a hostile stance on digital currencies could hurt the country in the long run.

A number of countries continue to view digital currencies as a threat to their security and stability. However, there are others who have ventured to embrace it with open arms.

Malta can be named first among the counties having a positive attitude towards cryptocurrencies. In 2018, this European country formed Malta Digital Innovation Authority. The purpose of this was to encourage cryptocurrency and blockchain-based businesses. In the aftermath, Binance, one of the world’s leading crypto exchanges, set up its headquarters in Malta.

Other countries like Estonia, Australia, Switzerland, Belarus, and South Korea have also positively favored digital currencies. In fact, the government of Estonia is planning to formulate its own digital currency. Australia is the second country, after Japan, to cease double taxation on BTC. AUSTRAC, Australia’s crypto regulating body, also grants licenses to crypto exchanges.

Therefore, these positive attitudes towards cryptocurrencies are a sign that they carry in them the potential to revolutionize economies.

Though regulations are expected to help in creating secure crypto markets, harsher laws can do more harm than good. As of now, the nature of crypto laws is fragmented and ambiguous in many countries around the world. In some states, crypto regulations do not exist at all. Meanwhile, other countries, have such stringent laws that they stifle the growth of digital currencies. This fragmentation can create collisions instead of being effective. The only way to change the current situation is to find a balance. Only then can the crypto and blockchain technology thrive and be put to its best use.

Check out our other articles about cryptocurrency regulations in France, Italy, the United Kingdom, China and the United States.