Most people know about Bitcoin well, but the cryptocurrency family extends much further than that. Among other cryptocurrencies, or “altcoins” that are making waves in the market is Ripple.

This article examines Ripple in detail and explains the key aspects of this cryptocurrency and the platform in general – what challenges it seeks to address and problems it seeks to solve. Let’s start with understanding “What is Ripple?” 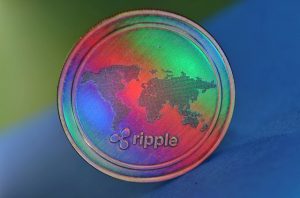 Ripple is a San Francisco, US-based start-up that has designed a payment system based on the blockchain. It is a payment protocol that works in a similar way to a payment system, a remittance network and a fiat currency exchange.

Ripple allows customers to integrate the protocol into their own systems. The National Bank of Abu Dhabi has recently begun to use the Ripple technology for some of its transactions, particularly for cross-border transactions. It allows its customers to transfer funds in real time.

Ripple uses a blockchain similar to Bitcoin, and the cryptocurrency of this platform is also called Ripple and is denoted as XRP.

In terms of market capitalization, Ripple is the third largest cryptocurrency – after Bitcoin and Ether.

When Ripple is coupled with other currencies, like USD (US Dollar) or EUR (Euro), the pair is denoted as XRP / USD, or XRP / EUR.

What is the Difference between Ripple and Bitcoin?

Ripple is considered to be Bitcoin’s competitor and there are certain advantages. Ripple does not rely on a single company to secure and manage its transaction database. Thus, there is no waiting for block confirmations. According to Market Mogul, there is a difference between the time to pay Bitcoin and Ripple.

The time to settle with Bitcoin increased, reaching 168 minutes on March 27, while Ripple took an average of 3.7 seconds. Money transfers between Spain and Mexico were undertaken by the BBVA, and it was discovered that Ripple needed only a few seconds, while a standard transfer would take four days to complete.

Both cryptocurrencies share many similar characteristics, and Ripple is similar to Bitcoin with some differences:

Can XRP be Mined?

No, Ripple can’t be mined. Ripple started with a fixed number of XRP and does not have an integrated extension, according to the rules of the Ripple protocol. Therefore, no extraction of new parts is necessary.

The total number of XRPs created is 100 billion, but the distribution of XRP is controlled by Ripple. This has received criticism from Bitcoin price supporters who consider that Bitcoin has an advantage because there is no centralized control over its creation or distribution.

Ripple responded by announcing its intention to freeze 88% of its XRP assets, but sell one billion XRP each month. The freeze and regular flow will allow traders and investors to rely on a certain level of predictability with regard to supply.

Ripple emphasizes their role in the “global settlement network,” which simply allows financial parties, such as banks, to reduce their transaction costs. At the same time, Ripple also offers an improved service with direct and instant transactions for global payments.

Payments are cryptographically secure and have been designed to fit into a bank’s existing infrastructure. Ripple highlights the following as its four main characteristics:

The Ripple network essentially makes it possible to complete payments faster – almost instantly – cheaper, more secure and with direct access. It is therefore not surprising that Ripple is increasingly being used by the banking sector, which has not capitalized as much on new technologies as on other sectors of the industry.

Ripple utilizes the blockchain protocol to processe payments. Ripple uses a “general sharing book to process transactions that allows it to work across borders and with any payment size.”

Ripple XRP currency helps to facilitate transactions between two parties, in the event that no direct exchange is possible. XRP has no counterparty risk because it does not depend on a third party.

It is believed that Ripple was founded by Ryan Fugger, but has undergone great development since its initial creation.

Ripple’s growth began in 2004, when Ryan Fugger created RipplePay. In 2011, the system was redesigned, making it faster and much more energy efficient than Bitcoin. In 2012, OpenCoin, Inc. was formed.

Shortly afterwards, the Ripple Transaction Protocol (RTXP) was developed based on Fugger’s concepts. The protocol reduces fees and waiting times in the traditional banking system.

Since 2012, Ripple has also focused on expanding into the banking market.

Quite simply, it looks brilliant. Ripple’s network is much faster in payment processing and is the subject of multiple partnerships with global companies:

Of course, Ripple is not as popular as its famous counterpart Bitcoin. However, Ripple is slated to be a top candidate for market leader. It is because it solves real world problems that has far reaching consequences for the global payments system.

Which Banks Use the Ripple Protocol?

Here are some of them:

Four other RippleNet members also rank in the top 20 global banks, including:

The largest financial institutions therefore see a lot of value of RippleNet. The network offers their customers an improved payment service that allows them to gain market share and free up capital for other investments and activities that demand liquidity.

Of the remaining 100 largest banks, according to assets worldwide, eight others are also members of RippleNet, including :

Three banks in India, the United Arab Emirates and Singapore have also adopted RippleNet as a means of sending cross-border funds.

These banks have announced their decision to adopt Ripple’s block chain-based payment platform, RippleNet, as a means of conducting transactions abroad.

These three banks are:

Axis Bank in India and Standard Chartered in Singapore will use RippleNet to use the “$15 billion trade route” between India and Singapore. Axis Bank will also operate the foreign payment market between Rakbank in the United Arab Emirates and India, a channel through which $12.6 billion is processed each year.

Ripple’s blockchain platform reduces the time and money associated with sending payments from one country to another.

The National Bank of Abu Dhabi has also announced its intention to adopt the Ripple protocol for all foreign transactions.

The National Bank of Abu Dhabi reportedly integrated the Ripple protocol into its existing infrastructure. As a result, the bank’s regional customers will be able to transfer funds to the beneficiaries’ accounts instantly. All their transactions will take place in real time. The fact that the United Arab Emirates is one of the world’s leading remittance sending countries, suggests that Ripple technology will be widely used as part of this partnership.

At the moment, major banks that use or test Ripple, such as UBS, UniCredit, SAP or Western Union, use it only to make transfers between their own subsidiaries in different countries.

Finally, American Express and Santander announced that they would use RippleNet to process international payments.

As well as banks such as:

Ripple cryptocurrency continues to expand with new collaborations around the world with banks but also with payment providers:

InstaRem uses the Ripple product called XCurrent. It allows banks to instantly settle cross-border payments with end-to-end monitoring. By using XCurrent, banks actually send each other a real-time message to confirm payment details before initiating the transaction and confirming delivery.

Ripple is fast gaining a reputation within the banking industry as a strong contender to the traditional payment processing system – SWIFT. Currently, cross-border payments using SWIFT take on an average 5 days to complete. Whereas, the Ripple network allows for almost real time completion of transactions.

In a fast moving world, where customer expectations are high, it is obvious that banks will realize the value that the Ripple protocol offers. This bodes well for global payments that will surely gain value from the lightning fast ecosystem of Ripple.