According to NASDAQ, the forex market is the most actively traded and exceeds the global trading volumes by 25 times. This makes it one of the true precursors of global free trade and a real and stable store of value. Its stability is derived from various factors like regulation and sovereign backing, to name a few. However, such artificial stabilization creates a certain form of market distortion which goes ignored.

In fact, the faith of people in fiat currencies seems to be intact and even increasing till the last year. According to Reuters, in the first quarter of 2018, the trading volumes reached a record high. However, a March 2019 Reuters report stated that the beginning of the current year witnessed a plunge of 7.6%. The reason of this downward spiral of trading volumes is perhaps the lax attitude of Central Banks across the world. They have been delaying the submission of their proposals for tightening monetary policies. These are indications of the problems related to trading in fiat as an ultimate source of value. 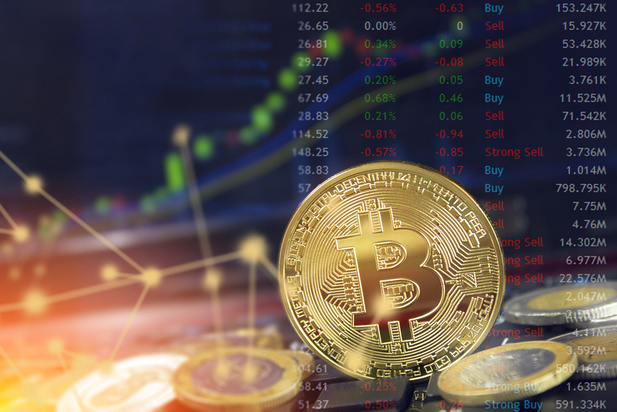 The various causes of instability inherent with fiat currencies as assets are elaborated below:

The high volatility of the fiat currencies in the forex market is a consequence of several factors. For instance, inflation in the countries whose currencies are being traded. Trade occurs between a pair of currencies. The value of each currency is determined in relation to the local economy whose currency it is. Therefore, countries with higher inflation when compared to the country of the paired currency bear depreciation in their exchange rates.

Other factors like high-interest rates set by the reserve banks tend to increase the forex rates of a specific currency. Large debts and current account deficits also pull the exchange rates of a currency, in relation to other countries, down.

Moreover, most significantly the economic performance of the countries in relative terms affects their exchange rates. All investors tend to invest in currencies of politically and economically stable states. Therefore, it should suffice to say that several local and global factors affect the exchange rates of a given currency.

All the above mentioned reasons combine to render fiat highly volatile. Further, speculation goes on to add to the volatility of fiat over time. All these factors go beyond the logic of traditional financial markets, making them unstable in the long run.

One case in point is the 2013 Forex scandal. A cartel of traders was able to manipulate the one-minute fix system in this scandal. In doing so they turned the value of the currencies to their advantage.

Now, it is difficult to artificially change the value of a nation’s currency under this system. However, here too the central banks of countries are in a position to peg their currency against another. With this they can artificially lower their currency’s value like seen in the case of China.

Moreover, central banks and policymakers can manipulate the financial system by means of quantitative easing. With this they can facilitate inflation, and eventually, the devaluation of the currency in the forex market. Such artificial manipulation is good for boosting the export of particular commodities of individual countries. However, in the long run, they distort global trade. The distortion leads to disproportionate gains for specific industries of certain states, while others face unfair competition.

Moreover, eventually, such a situation can lead to currency wars, where all the countries race to devalue their respective currencies. However, such conflict leads to increased volatility, and also increases the hedging cost, leading to distortion of foreign financial investments.

The actual buyers in a forex transaction are the tourists, immigrants, and investors, to name a few. However, they are invariably at the bottom of the food chain and have to depend on a centralized market system.

The market system consists of commercial banks and exchange brokers. These two layers insulate the central banks from coming in direct contact with the markets comprised of investors and buyers. This puts the commercial banks at an advantage, giving them an upper hand in setting the terms of the market. They are the so-called ‘market-makers.’

The buyers are at a position of disadvantage on the other hand. They have to pay charges to the middlemen for the transactions. They have to put faith in a system which lacks transparency. A system which is vulnerable to market manipulations, both legally and illegally by the different players. Moreover, in the present system, transactions lack privacy; both governments and other players are capable of intervening in the process.

Can Cryptocurrencies be an Answer?

Cryptocurrencies allow the users to transact through their crypto wallets and private keys over a public blockchain. This way not only ensures greater transparency but also restores privacy for the users. The cross border transactions and investments thus become very easy and efficient through this technology.

The crypto market is free from manipulations by governments and other local or global macroeconomic factors. Therefore, it is more predictable in terms of valuation. In comparison fiat is much like a political pawn in the hands of governments. On the other hand, as an investment category, crypto is increasingly becoming less volatile and more liquid. Being autonomous and not controlled by any central body, there are no middlemen. Therefore, it can save the investors a lot of overhead transaction charges, which is a hallmark of the forex market. This explains the dip in the interest in fiat and increase in cryptocurrencies as a form of investment. Moreover, it won’t be a surprise if the trend continues.