Bitcoin came into existence as a peer-to-peer payment system and was devised on a blockchain technology, or protocol, by Satoshi Nakamoto, the identity of whom is still unknown. Let us understand what bitcoin is and what is its future.

Bitcoin is a money transfer and verification system. It uses a totally decentralized network in the sense that it uses peer-to-peer and does not, in fact, depend on any central authority. The Bitcoin protocol was originally intended to provide an experimental alternative to online electronic payment. Its unit of account has eight decimals and is written “bitcoin.”

Bitcoin works with software that allows its users to create payment email addresses that can send or receive Bitcoins. Its code is totally open since it is Open Source, this allows a universality of supports, but can also be a problem during updates. Bitcoin is therefore a new protocol for online payments, but also a new store of value. It is this new protocol that makes it so interesting because it promises many future innovations.

Bitcoin is totally immaterial – a digital currency. The possession of Bitcoins can only be expressed immaterially through a series of numbers and letters that are in a portfolio. Portfolios are made up of addresses to receive bitcoins. Each portfolio holds a certain amount of bitcoins that can be viewed by everyone on the block chain.

On the other hand, bitcoin transmission requires the private key coupled with the public key that serves as the address. Keys can be stored in any way (USB, CD, paper, in memory) due to their nature which is a series of numbers and letters. Many software programs with user interfaces exist for a multitude of media.

Bitcoin is a decentralized, virtual currency; its proper functioning is then entrusted to all its users. It regulates itself through exchanges on marketplaces. All exchanges are visible on the blockchain, which makes its anonymity relative. If you have Bitcoins and are linked to your public address, you are identifiable.

To be a Bitcoin holder you must have obtained them either by someone else or by mining them yourself. Bitcoins can be created through a process called “mining” that involves solving complex mathematical problems and getting rewarded by the system. mining uses high end computers to solve these complex problems in the shortest possible time. The other way is to buy bitcoins from someone on an exchange platform or in real life, or to get paid in bitcoins for a service or goods. 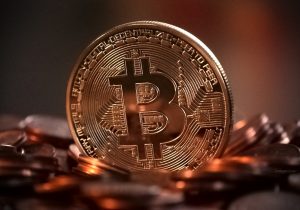 The creator of Bitcoin, Satoshi Nakamoto, describes in his white paper the entire system on which Bitcoin is based. He imagines this operation based on a monetary concept of Wei Dai called B-money. He believed that with Bitcoin, he has created an alternative financial system, something people have been trying to create since the 1990s. This idea was conceptualized in 2008 and implemented in 2009, but Satoshi withdrew from the project in 2010.

The transaction blocks contain a list of end-to-end transactions. The first computer to create this block receives a Bitcoin award for its contribution to the smooth running of the system. The length of the blocks is getting longer and longer, so there are fewer and fewer bitcoins created. This will go up to 21 million, as mentioned before.

The generation of bitcoins follows an algorithm defined in advance: thus the first four years, 50 bitcoins are generated every 10 minutes, then the value is divided by two for another four years, since November 2013, 25 bitcoins are created every 10 minutes, and this division takes place every 210 000 blocks, which corresponds roughly to four years. The figure of 21 million bitcoin should therefore be reached in 2040, if the currency survives until then.

The mining of Bitcoin

The people who create Bitcoins are the miners. They confirm the transactions and generate the new blocks. It is therefore thanks to these computers that generate computing power that the system is secure.

Initially, a normal computer was enough to mine bitcoins, but since its price has gone up, engineers have developed machines specialized in bitcoin mining. They are very expensive, so bitcoin mining is now reserved for people who want to invest in its value. The computing power solves a cryptographic problem called SHA-256, which is extremely hard to find but extremely easy to verify.

The safety of Bitcoin transaction is based on this principle. The blockchain is taken chronologically, which prevents the same amount from being spent several times. Transactions to be confirmed must be included in a block, only one confirmation is required to consider the security of a transaction, but for those above $1000 it takes more than six confirmations.

With this organization it is impossible to modify a previous block and no one can control or falsify the network. To validate a transaction to send bitcoins it must be public, shared with the network. You cannot make computer-to-computer transactions without going through the Internet and the Bitcoin network.

To do these transactions, Bitcoin uses key pair cryptography or asymmetric cryptography on a public ledger or distributed ledger, called bitcoin address. Thus all bitcoins contain the public key of its owner. In order for a bitcoin to be transmitted from one user to another, the first one must put the public address of the recipient and sign with his own corresponding private key.

This key is hard to find and easy to prove. In order to prevent forgery, all these operations are public, except, of course, the private keys.

Bitcoin is slowly garnering mass attention. The continuing problems with the traditional banking system is making more and more people aware of how a system based on Bitcoins can help. Mass adoption of Bitcoin is now becoming a reality and in the days to come, a parallel economy may come to fruition.