The Ethereum concept is largely attributed to Vitalik Buterin, a young computer programmer of Russian origin. Buterin was initially fascinated by Bitcoin and, in 2014, along with other programmers like Joseph Lubin, launched his own ideas to develop a new network that also uses an open blockchain protocol, and Ethereum was created.

This network is called Ethereum. But exactly what is Ethereum, and what is ether? Below we discuss in more detail ether and the Ethereum network.

In this article, you will read about, 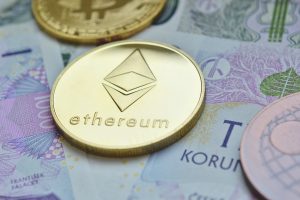 Ethereum is a decentralized platform that uses the blockchain technology developed by Bitcoin’s creator Satoshi Nakamoto. Despite the similarities between Ethereum and Bitcoin, there are fundamental differences.

While Bitcoin has found a way to transfer value digitally – without the need for a third party – Ethereum takes a different approach. The Ethereum network is the basis for a new type of Internet. It functions as a platform on which decentralized applications (dApps) and intelligent contracts can be launched.

Compared to current centralized Internet applications, these dApps offer higher levels of security and confidentiality and, by their nature, are resistant to censorship.

However, to create a dApp or smart contract, you need programming knowledge. Ethereum has therefore developed its own programming language: Solidity. With Solidity, it should be easier to schedule dApps and smart contracts on the grid.

What is the difference between Ethereum and ether?

There is often confusion between Ethereum and ether which are two separate terms. That’s not a problem, but there’s certainly a difference between the two.

When we talk about Ethereum, we mean the whole network. But to transfer value and to pay each other on the network, there must be a network token that represents a certain value. In addition, miners must be rewarded in one way or another for the work they do. The tokens, Ethereum coin, used on the Ethereum network are called ethers.

The ether is the currency of the Ethereum network, and is therefore an essential part of the network as a whole. Therefore, when users mention that they have purchased Ethereum, they are actually referring to ether.

How does Ethereum work?

Like Bitcoin, Ethereum is an open-source blockchain protocol that enables developers to build decentralized applications, or dApps. The source code for both projects is available for everyone to see and verify. The functioning of the Ethereum protocol is largely identical to that of Bitcoin.

The functioning of the Ethereum protocol is largely identical to that of Bitcoin. Both blockchains are fully open, which means that anyone can continue to use the protocol and run applications on it.

Bitcoin and Ethereum both use a consensual Proof of Work algorithm. However, in the long term, Ethereum plans to switch to a Proof of Stake algorithm, which should cost much less in energy.

What to do with ether?

You can use the ether to transfer value quickly, directly to another person. There is no need for a third party like a bank. All you need is your wallet and the recipient’s receiving address.

An investment in cryptocurrencies is an investment in the future. It is therefore not so surprising that many people take the risk of investing in ether. However, a risk remains – the Ethereum price remains very volatile.

Would you like to invest in ether? Invest only an amount that you can afford to lose.

Participate in an ICO

First, what is an ICO? The abbreviation stands for Initial Coin Offering. An ICO is a new way of raising funds to finance a new project. 2017 was the year of ICOs  in which they raised millions of dollars in financing.

It is very important to understand that most projects that start with an ICO will never deliver a successful product, which means you will lose your investment.

Would you like to invest in an ICO? Be very critical and do not allow your emotions to control your decisions.

Investing in an ICO is often only possible with large cryptocurrencies such as Bitcoin or Ether. In exchange for your bitcoins or ethers, you will receive a token of the project in which you have invested. The first tokens are often issued during the ICO period, even before they can be traded on a foreign exchange market.

How to obtain ether?

We know that the ether is a cryptocurrency. More precisely, the currency of the Ethereum network. But how do you obtain ethers? Basically, there are four ways to get ether:

The easiest way to acquire ether is to buy it. You can buy it directly from another holder, or from a cryptocurrency exchange.

The Ethereum protocol offers so many possibilities that it can be considered as an ecosystem in which services are exchanged for ether. One of these possibilities is “smart contracts.” If you want to buy something through a smart contract, then you pay with ether. The recipient could exchange his ether for euros (or any other fiat currency) or use it to purchase other goods or services.

Many companies, especially in the blockchain industry, pay their employees part of their salaries in ether. They can covert ethereum to USD or any other fiat currency of their choice.

So, what is Ethereum mining? Miners maintain the Ethereum blockchain. If you mine ether, your computer checks the new transactions and collects them in a block of transactions.

Every 15 seconds or so, a new block containing the last processed transactions is added to the blockchain. The winning miner who adds the block to the existing chain receives a reward of three new ethers.

Ethereum currently uses a consensual Proof of Work algorithm, which means that miners have to make complicated calculations to reach the solution and add a new block to the blockchain.

As with Bitcoin, it is useless to try at home with an ordinary computer, since you are competing with computers specially designed for mining.

Ethereum is currently the most important and popular blockchain network as it allows the development and execution of decentralized applications that could lead to a new type of Internet.

Ether is an important cryptocurrency that is gaining more mass adoption with each passing day. Ethereum value is increasing. Have you invested it yet?