Cryptocurrencies are taking the fancy of people these days. A mix of positive and negative publicity is attracting public attention to this new asset class. More and more people are showing interest in trading in these digital assets and the price volatility of cryptocurrencies seems to be benefiting a lot of traders.

However, this is still a very vague concept for the vast majority of consumers. But, this parallel economy that is challenging traditional financial institutions seems to be a sure bet, and is particularly promising. There are over 2000 digital currencies that have already emerged, some more successfully than others.

Bitcoin is the very first virtual currency to work on the blockchain technology and peer-to-peer principle. It was designed by Satoshi Nakamoto. Available on the market since the beginning of January 2009, Bitcoin is undoubtedly the most widely used cryptocurrency in the world. It is also 10 times more capitalized than the second virtual currency, with a capitalization of over $10 billion.

It is the cryptocurrency with the second largest market capitalization. Its blockchain has the unique feature of being able to integrate smart contracts into its blocks, making it possible to design complete fully-automated tasks. Ethereum’s currency is Ether, and it was launched in July 2015 by a team led by Vitalik Buterin. It is undoubtedly a currency of the future with a complete system that allows a lot of things.

It is the fourth most capitalized digital currency. This cryptocurrency was launched in October 2011 by Charles Lee. It is a clone of Bitcoin, but with some modifications that allow much faster transactions.

The protocol is different, which leads some experts to believe that it is the perfect cryptocurrency. It remains to be seen whether it will experience the same explosion as Bitcoin; only time will tell.

Ripple is a protocol that was launched in 2012 and is currently being tested to ensure faster and much more secure international money transfers, almost free of charge. The protocol is intended to replace Swift, which is expensive and takes several days to complete. The XRP is the cryptocurrency of the Ripple protocol, which seems to have a good stability, and which is currently the 3rd most capitalized cryptocurrency in the world. 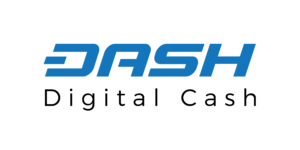 Dash is a cryptocurrency that is still somewhat unknown, but is very popular among early crypto proponents. It was called DarkCoin, and was the first anonymous cryptocurrency. Today, Dash is an improved version with a capitalization of more than $1 billion. Its price rose dramatically in 2017, following Bitcoin from a distance but still making some people happy.

It is a digital currency based essentially on anonymity, using a CryptoNote protocol that makes transactions absolutely anonymous and decentralized. It is a blockchain entirely designed from scratch and does not use the Bitcoin model like most other cryptocurrencies. As a result, the network is resistant to blockchain hacks, has an egalitarian PoW and there is no possibility of double expenditure. Monero is considered by many observers as a cryptocurrency with a lot of future. 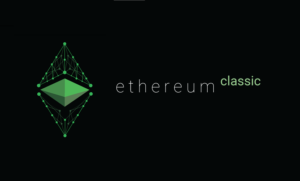 Ethereum Classic was born following a multi-million dollar theft on Ethereum. After a vote, there was a decision to make a “hard fork,” which is a modification of the original blockchain. Those who were against the hard fork decided to continue the adventure with the original blockchain, and so the Ethereum split into two families that no longer have anything to do with each other.

Ethereum Classic is not really considered as a digital currency of the future, but it promises that there will be no change in the blockchain. 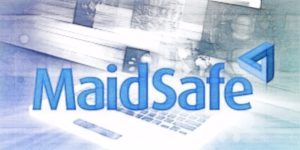 Among the top 15 cryptocurrencies, according to market capitalizations, MaidSafeCoin is an ambitious project with the creation of a new decentralized and completely autonomous Internet network. This cryptocurrency is considered to be one of the most secure, with anonymous transactions if desired, and an impossibility for humans to control or regulate anything. The project is led by a reputable team and therefore many investors believe that this project, and this currency, have a future. 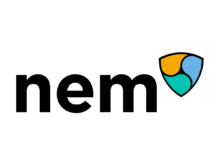 It is a cryptocurrency operating with a blockchain protocol similar to most virtual currencies, except that the network of nodes used to confirm transactions also allows the exchange of encrypted messages or the reservation of Internet domain names. The number of units is fixed from the beginning, and we are not talking about mining here but harvesting. It is a cryptocurrency with a significant capitalization, which suggests significant growth of the course in the coming years.

Augur works in a different way, since it uses the concept of blockchain to organize predictions about the real world. Thus, any user can create predictions or bet on different events. For example, we can rely on the weather, elections or, of course, sports competitions.

Augur works on the Ethereum blockchain, so we bet in Ether, and we win Augur REPs that we can then exchange or use to bet or make predictions. With the prediction and betting market still on the rise, Augur could well experience a rapid rise.

Will digital currencies eventually replace traditional currencies? It’s hard to give an answer. Indeed, each one has its own qualities and shortcomings. The dollar, for example, tends to lose value, as does the euro, because these currencies are printed by the respective governments whenever necessary, leading to a decrease in their purchasing power.

Cryptocurrencies, on the other hand, generally has a limited number of units. This has the effect of making it rarer and therefore increasing its price, allowing users to avoid losses.

Bitcoin, for example, is issued at regular intervals, but production is halved every 4 years. By 2140, the protocol is designed to achieve the maximum number of Bitcoins. The value is therefore destined to rise, which makes it a very good economic investment.

IMF President Christine Lagarde, said recently that in the long run “cryptocurrencies could replace fiat currencies and the traditional financial institutions and the banking sector could be replaced by a decentralized financial system entirely run upon cryptocurrency.”